Most Famous Mosques in Pakistan

Through spiritual practice and dedication, the sacred place of worship for Muslims is called a mosque. In fact, ancient buildings and beautiful buildings with domes and minarets rank Pakistani mosques as the largest and most beautiful mosques in the world. Here, we introduce the most famous and famous mosques in Pakistan.

Pakistan is a Muslim country with rich mosques and Islamic culture. In Pakistan, they account for a large part of normal daily life. Many mosques are famous for their structure, architecture and history. Even if you are not a Muslim, you must admit that many of these mosques are very beautiful buildings.

First and the foremost is the Faisal Masjid Islamabad. It is located in Islamabad, the capital city of Pakistan. The Faisal Mosque is the largest mosque in South Asia and the fourth largest mosque in the world. The most famous mosque in Pakistan is a desert Bedouin tent. Most importantly, it was designed by the Turkish architect Vidat Dalokai. However, completed in 1986. It was designed as the National Mosque of Pakistan and named after the late King of the Arab world Faisal bin Abdul Aziz. Most importantly, the mosque supported and funded the project. Unlike the traditional mosque design, it has no dome. The minaret draws on the traditional Turkish design, slender and pencil-shaped. 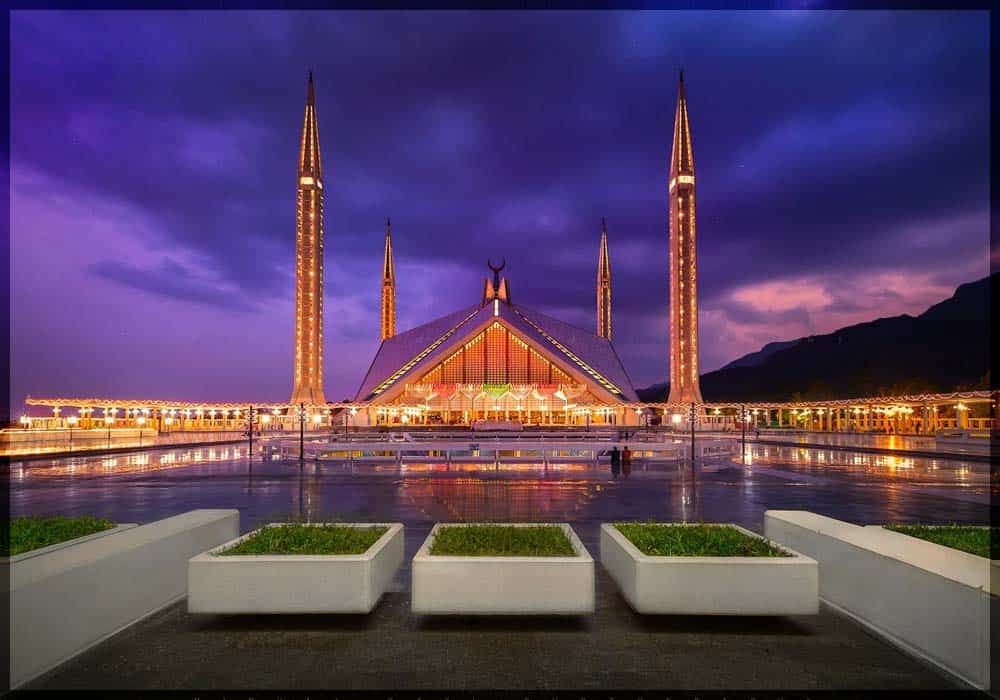 Secondly, Badshahi Mosque Lahore built by the sixth Mughal Emperor Aurangzeb in 1671 and completed in 1673. It is the second-largest mosque in Pakistan and South Asia. Also, the fifth largest mosque in the world. It represents the beauty, passion and grandeur of the Mughal era. Also, is the most famous landmark and main tourist attraction of Lahore. 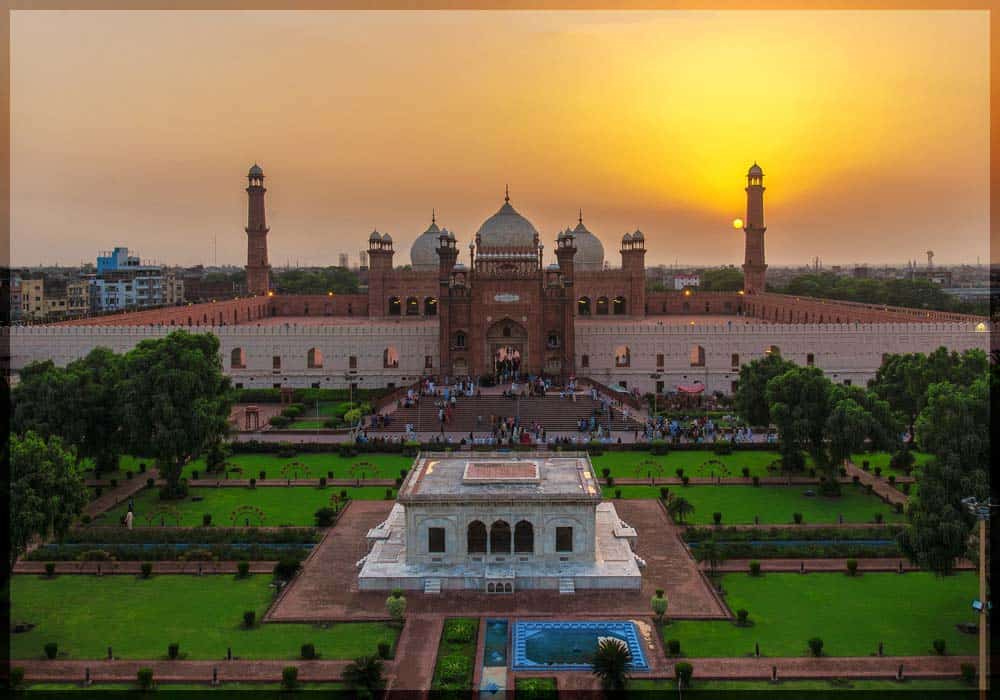 Third on the famous mosques of Pakistan is Shah Jahan Mosque. Shah Jahan Mosque is located in Tata, Sindh Province, Pakistan. The mosque built in 1647 as a gift of generous hospitality to the Sindhi’s during the reign of the Mughal King Shah Jahan. Additionally, red bricks and blue glazed tiles used in its construction, and may have been imported from Hala City, Sindh Province. However, the mosque has 93 domes. It is constructed with acoustic characteristics in mind. Importantly, when the voice exceeds 100 dB, the voice of the person speaking at the other end can be heard from the other end. 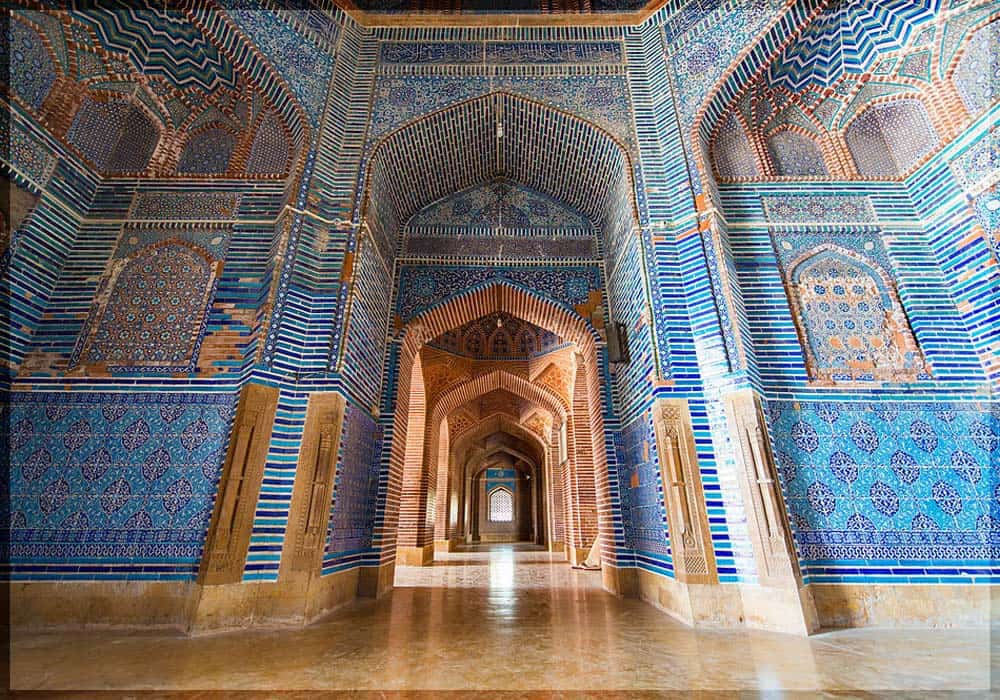 Fourthly, Masjid e Tauba or Tooba Mosque located in Karachi and is known locally as Gul Mosque. It was built in 1969 and is said to be the largest single-dome mosque in the world. The mosque is built of pure white marble. The dome is 72 meters (236 feet) in diameter and rests on a small enclosed wall without a central pillar. Tobah Mosque contains a 70-meter-high minaret. The mosque is the eighteenth largest mosque in the world, and the central auditorium can hold 5,000 people. Also, designed by Pakistani architect Dr Babar Hamid Chauhan and engineer Zuhair Haider Naqvi. 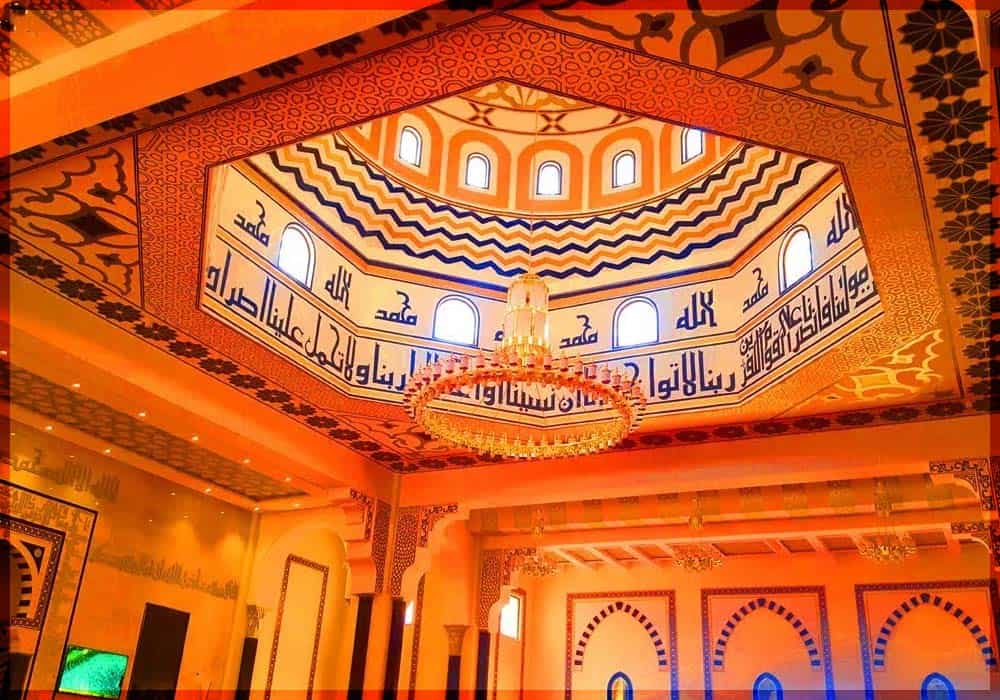 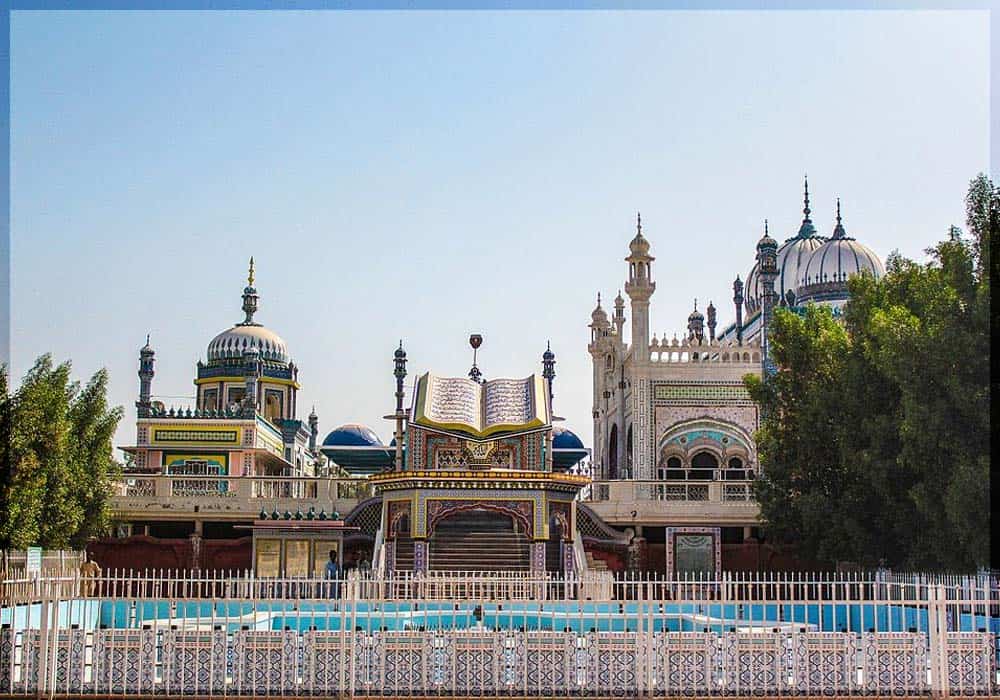 Next, is the Muhabat Khan Mosque built in 17th-century mosque in Peshawar. It is named after the Mughal ruler of Peshawar Nawab Muhabat Khan (Muhabat Khan). Moreover, This mosque was built in 1630. In its open courtyard, there is a washbasin in the middle, and there are rows of rooms on both sides. However, the prayer hall is located on the west side, surrounded by two tall minarets. Also, the interior of the auditorium is protected by three low groove domes and painted in luxurious colours, floral colours and geometric designs. 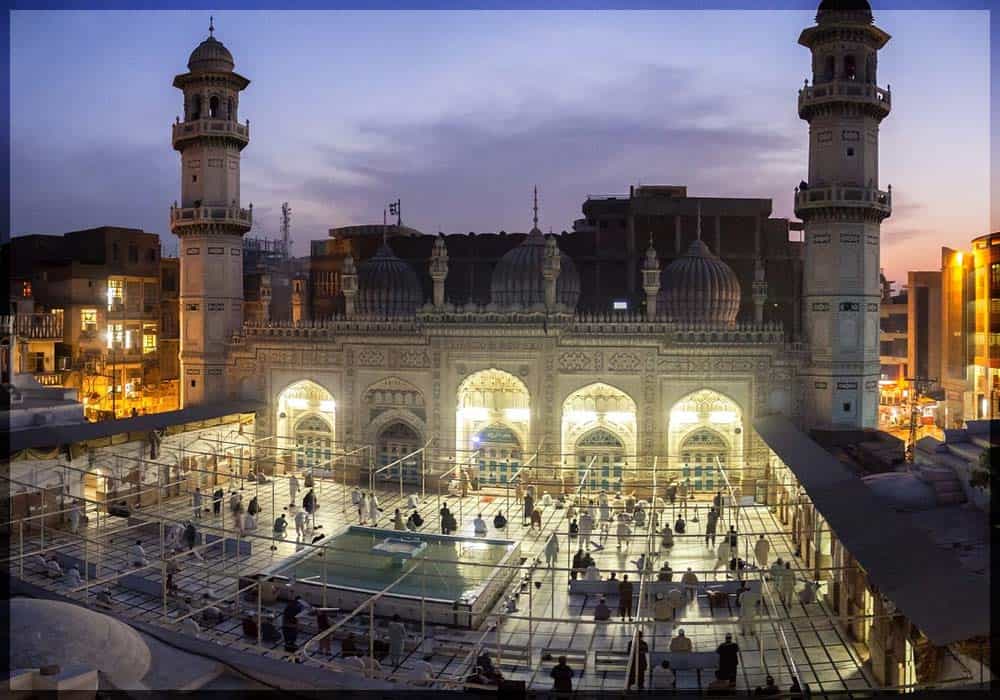 Then on the list of Famous Mosques, is Wazir Khan. This mosque is located in Lahore and is famous for its extensive tile work. Furthermore, it was described as “a mole on the cheek in Lahore”. In addition, it was built within 7 years during the reign of the Mughal Emperor Shah Jahan, starting around 1634-1635. Besides, this mosque is located in the city centre, you can easily reach through Dehli Gate. 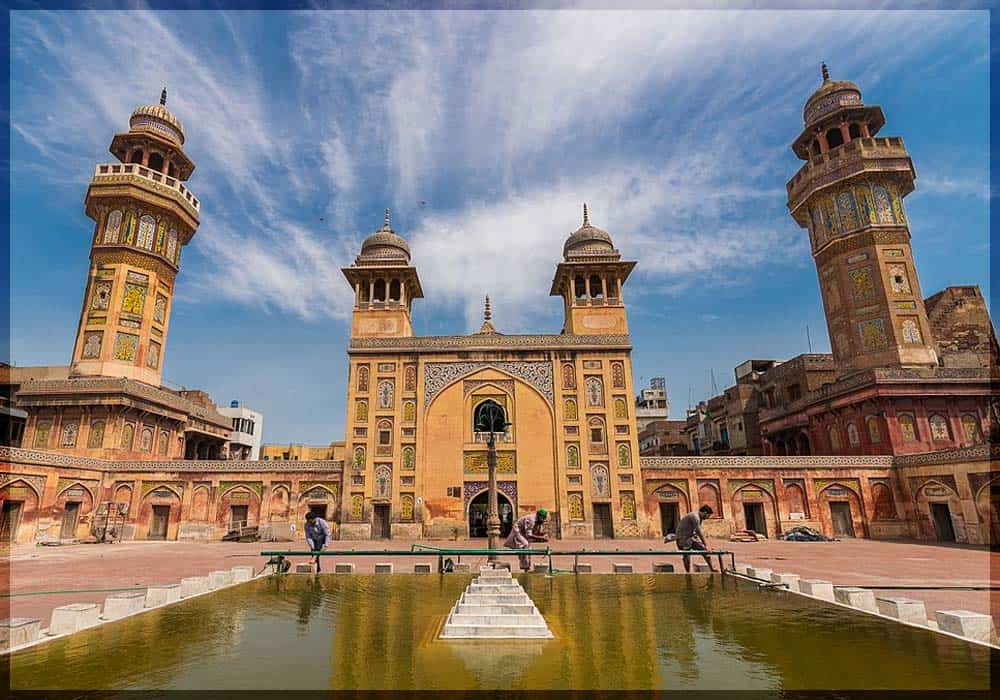 This magnificent mosque is located in Multan, on the main highway between Multan and Lahore in the northeast of the city. Furthermore, it was built in 1735 AD. Nawab Abdul-Samad Khan was the Multan ruler of the Mughal dynasty. However, it is very spacious with a spacious terrace and a huge prayer room 250 feet by 54 feet wide and topped by seven domes. Also, the exterior is lined with blue glazed tiles and the interior is decorated with colourful mosaics. 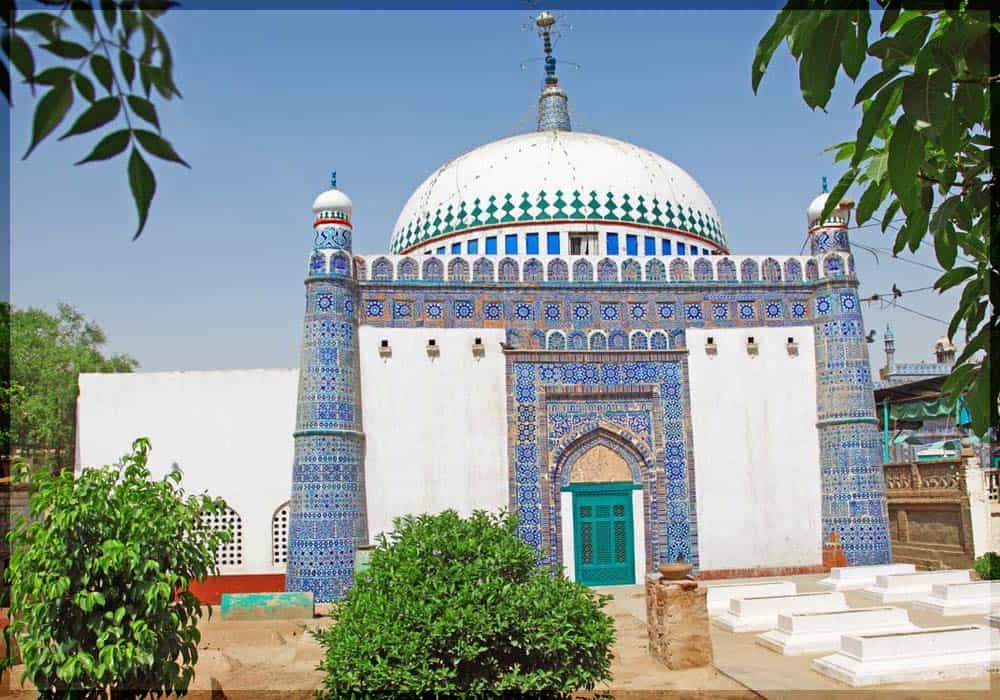 Next is Moti Mosque (one of the “Pearl Mosques”) is a 17th-century religious building located in Lahore Fort. However, it is a small white marble building built by the Mughal Emperor Shah Jahan. Also, is the main extension of the Lahore Fort complex. 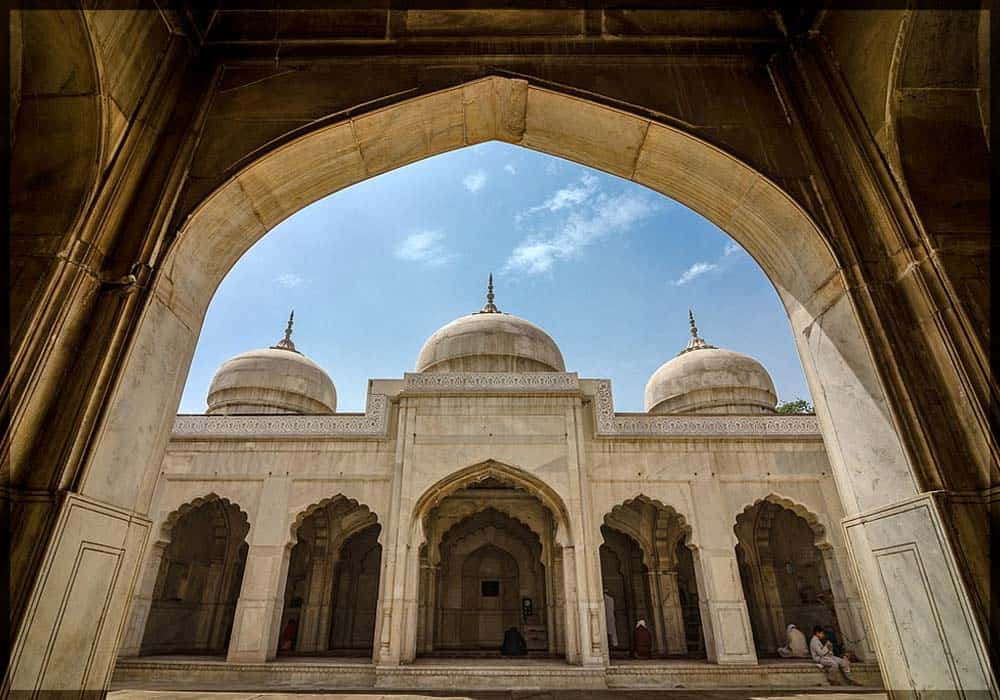 Last but not least, Sunheri Mosque is another good example of the beautiful architecture of the Mughal Empire in the Indian subcontinent. Also, Nawab Syed Baikari Khan built this beautiful historic mosque in 1735 with gilded tombs and minarets. When the mosque was built, he served as the deputy governor of Lahore in the Mughal Empire. 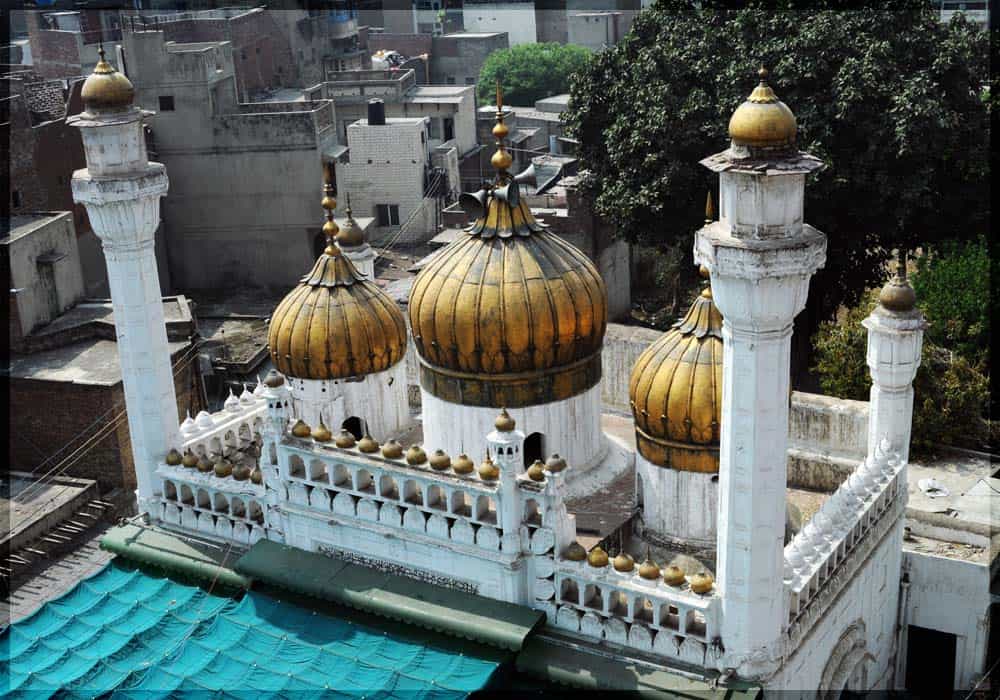 We are providing Help Desk to book you hotel with the guidance and assistance of our travel experts.

Thoughtful thoughts to your inbox